Do the Batteries Auto-Discharge if Not Used? Yes And…

Do the Batteries Auto-Discharge if Not Used? Yes And…

Similar to any other sort of accessory in the drone world, the battery has become better and better over time. Not so long ago, it started to boast the ability to self-regulate the charge as well as let you know about its status, health, and possible caution. Yet, even amid such advancements, the concerns stay on. One of them is, do the batteries auto-discharge if not used??

Indeed, in case you leave them not used, they will start to discharge automatically to make the battery cell integrity safe. For instance, batteries of DJI drone models discharge to sixty percent by themselves without your direct control when they are unused for ten days.

In the guide, we are addressing everything associated with drone battery discharging and even more.

Do the batteries auto-discharge if not used? Your appropriate answer

Undeniably, the high-density power contained in a UAV’s lithium-poly battery is crucial for its operation in the sky. In case you talk with any avid drone fans, there is a super good chance is they will share how highly they think of their UAV battery’s health. No operator likes to get a defective battery which continues losing its charge, hence negatively affecting the aerial operation. For this reason, more often than not, UAV pilots pay special attention to maintaining and storing their flying robot’s battery to get the most out of playtime and performance.

For those who are here and give this guide a read, we are pretty sure that you may have noticed something strange with the battery of your flying machine. Have you charged to the maximum power before putting it away for at least one day? After that, have you used it in your UAV for the upcoming flight to figure out that the battery charge status becomes lower? We know, this likely has concerned you, and you are pondering if there is some problem with your drone battery.

Above all, you are curious about whether it is okay for a UAV’s battery to discharge automatically when it is not in use.

Yessir! As you do not use it for about one day, it will self-discharge. But on the other hand, this does not imply your battery is defective. It automatically discharges if left unused to keep the battery cell integrity safe.

As you may be in the know, in case the drone battery fails to auto-discharge when you do not use it for a few days, it will start to swell up as time goes by. The aftermath is the battery cells become progressively worse. This case will negatively affect your battery’s health.

So, the pro tip here is, in case you do not intend to use the drone battery for some time, discharge it to sixty percent before putting it away in a dry, cool space. The self-discharge attribute of UAV batteries tends to make certain that the battery charge’s optimal level stays on in the course of disuse.

Can you leave the battery charged?

Have you wrapped up your drone flight? Do you think it is reasonable to ensure the battery is fully charged for the next time you choose to operate the UAV? Much like smartphones and stuff, nobody wishes the battery capacity to be low when they most desire to use their flying robot.

In view of this, pilots tend to charge their aircraft vehicle’s battery fully before putting it away for use in the future time. Still, as convenient as the idea seems, it is indeed not advisable to leave the battery fully charged.

Avoid doing so if you have no intention to use your drone within the near future. UAV batteries tend to be lithium-poly ones which likely swell when left fully charged,

To deal with this concern about swollen batteries, drone brands often have an integrated automatic discharge cycle for their models’ batteries. Yet, what is up in case the failsafe fails to function? The possibility is, swelling will happen when you leave the battery fully charged. The consequence is the battery cell integrity deterioration. At the end of the day, this substantially decreases your battery’s longevity.

Generally speaking, batteries left fully charged get aged more quickly. So we suggest discharging them to 40 – 65 percent in case it is left idle for ten days or longer.

The reason for your drone battery dying quickly

Why does the battery of your aircraft drain awfully fast? That is because of the power amount needed to fly the machine.

Its blades are often super short, implying that their rotation must be at high revolutions per minute (aka RPM) to produce the necessary lift for aerial operation. This asks for plenty of power and depletes your battery rapidly.

Given such a considerable power requirement for flights, you likewise get a thermal accumulation in the battery, quickly draining the energy stored in it. This is another culprit behind the shorter life span of your aircraft’s battery than expected.

Can you overcharge a drone battery?

A few users overcharge their UAV batteries accidentally. Some do so to get as much playtime for their flying machine as they can. Still, it is something recommended to do?

While overcharging the battery is not a terrible mistake, the result is that it may considerably decrease your drone battery’s longevity. Doing so can likewise lead the battery to overheat and possibly burst into flames. That is why it is not advisable to overcharge.

Unless the UAV features a smart flight battery with the capability of cutting the battery power when in full charge, you are better off not leaving your battery on the charger following its indication of full capacity.

How to maintain and store batteries

Your drone battery maintenance has to do with charging it properly. Be certain to refer to the following tricks:

Below are several practical tips when you use your drone battery:

While a few models, say the DJI M300 RTK and DJI Inspire 2, feature auto-heating batteries, you are better off abiding by the temperatures specified in the user guide. When it is cold, we suggest hovering the drone in place for sixty seconds or more to heat its battery.

Still, for a few pilots like public safety ones, this is significant. Advisably, choose to charge in the field and enable the storage of the battery at sixty percent. If you have to keep it at full power, press the battery’s power button to prevent it from discharging. In this way, your battery will be out from the idle condition and reset the time to auto-discharge to ten days or any other pre-specified time period.

3. Storing the battery when it is unused

Follow the tips and tricks below to store your UAV battery properly when not in use. With them, it will be longer-lasting.

4. Traveling with the UAV battery

As you see, traveling with UAVs has become a more and more common thing to do in the UAV community.

This vehicle is being tagged along on trips and excursions for airborne videos and pictures. And many pilots are traveling for contracted assignments with it.

In case you are having a car journey, transport the drone battery in an airy case that is not flammable. Avoid carrying it loose in a pocket or such. Wonder why? This likely makes your battery short-circuit at the time the terminal gets exposure to another object.

Moreover, refer to the storage tips mentioned above and bear in mind that you should not ever leave the drone battery unoccupied in a vehicle.

Now that you have a better idea of how to charge, use, store, and travel with your drone battery, let’s consider several pieces of safety advice you had better heed.

Plus, remember, mist and other similar weather conditions may lead to water on your drone and its battery. That is why be cautious. Still, on the other hand, the good news is models like the DJI M300 RTK boasts an Ingress Protection rating (aka IP), so these can deal with a specific amount of dampness.

Take the place of it if:

Do the batteries auto-discharge if not used? The answer is yes but in a good way. Also, in case you plan not to use them for a while, put them away appropriately. Refer to the tips and tricks above to ensure their health and right function in the long run. 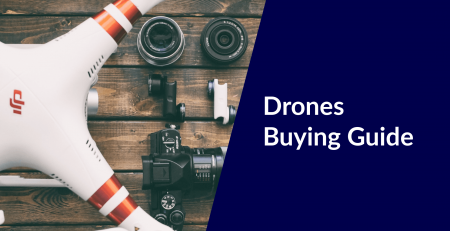 So, you are planning to purchase a drone?  No matter who you... read more 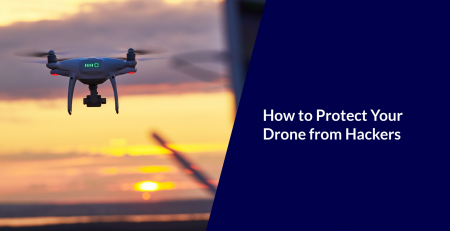 Drone Hacking: How to Protect Your Drone from Hackers

When it comes to modern technology, drones are some of the... read more 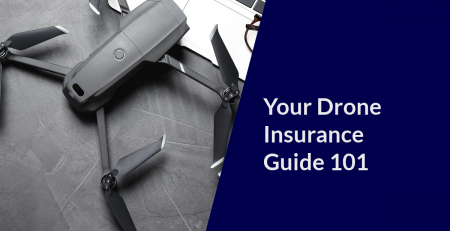 For any of you drone lovers, at this point, drone insurance... read more